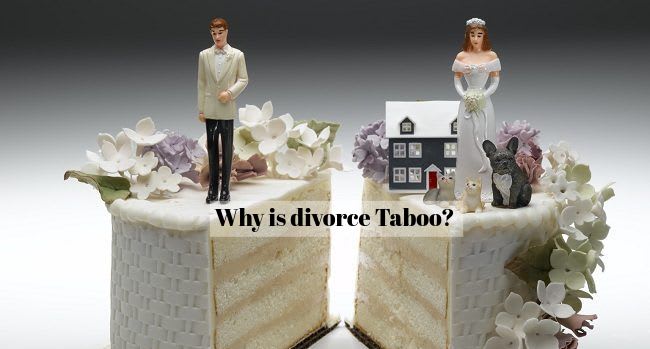 Not even sociologists can really define marriage in absolute terms. Each society will have their various norms and values associated with marriage. Edward Westermarck defined marriage as “the more or less durable connection between male and female lasting beyond the mere act of propagation till after the birth of offspring.”

This definition can be seen as heteronormative in nature and would be highly debated. Robert Lowie’s definition may be more adaptable to various unions. He believed that it was permanent bond between permissible beings.

With a union in some cases, there is dissolution in the form of divorce.
No matter who, from Cardi B to Kim Kardashian, I can't find it in me to make fun of someone going through a divorce.

Divorce, no matter the reason, is a traumatic experience.

My personal preference would be people trying and knowing it isn't working, than telling themselves they are staying just to keep up appearances, or for religious purposes.
Many people are divorced spiritually or spiritually single long before they sign a document, and they tell themselves, if they never file documents that they are better off than those who do.

You read so much about children of divorce, yet few people ever talk about the effects of growing up in a family with an unhealthy marriage/s.
This may be controversial to say but if you are in a marriage that you aren't actively working on repairing or only one person is trying, you are basically showing your children how they should be treated and thus creating another generational curse.

Its 2021, divorce shouldn't be taboo anymore seeing as divorce isn’t a modern concept. Divorce rates increased in United States between the 1800s to 1950s. The most drastic increase in divorce was between 1960s and 1970s. Like women of today, during the Roaring 20s, women began to challenge traditional gender roles and stayed single longer. When the Great Depression hit the US in 1930s women were compelled to rely on men for money again so more marriages were formed and there was a decrease in the divorce rates. Between 1930s to 1990s there were times of increase and decrease in divorce rates in the United States.

It seems like marriage success in the US is based on the social and political climate of the time.
Statistics show that divorce rates in more affluent countries such as the UK, US and Germany have been declining since 1990s. Studies have also shown that the duration of the marriage before resulting in divorce has increased for numerous countries. For example, in the UK in 1970s to 1980s marriages were shorter before divorcing versus 1990 and onwards. Same has been shown in other countries such as Singapore, United States and Australia. I guess that beats the “young people don’t know how to manage a relationship.” argument.

It's time we stop condemning divorces and start including it in our normal conversations. Ain't nobody judging your choices so why point fingers at others.