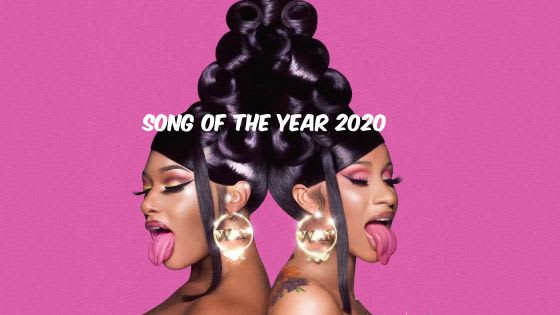 “WAP” is my favorite song of the year. I feel sexy and liberated when I hear it.
I am not a Cardi B fan but I love her unapologetic energy. She came from the streets. She wears designer clothing but hasnt changed who she is to fit into Hollywood.
The intentions of the song are often misinterpreted by people who dont really understand Cardi B and her career. I love hip hop. It is one of the most beautiful genres where everything is calculated. From the lyrics to the beats, there is a history behind it. Just like the zesser movement, it is a form of expression for those disenfranchised groups in society. Even though it is played on mainstream radio, most of what is said and why things are said will go above the average person's head.

When Cardi B says, and I am paraphrasing, "I dont cook and I dont clean, I still got the ring", she is addressing the detractors. She is a former stripper. She did what she thought was best to put food on the table. It is in her past but just like Amber Rose, an ex stripper, Kim Kardashian, for her sex tape, people dont want them to forget, especially when you own your sexuality. Do you know how many people strip to pay for medical and law school? Cardi B is addressing the belief that you need to look and act a particular way to be a wife. A myth perhaps?
I dont know who needs to hear this, but being married isnt an accomplishment. You could want to get married. But
the idea of women competing against each other over a ring like they are Goolum and his 'precious' is hilarious.

As for children listening to the song, this is where parental consent and guidance come in. So I am not going to be pretentious, because I listen to Lady Saw as a child and I am a still a '30-year-old virgin' sooooo...

Don't blame Cuties or WAP or Harry Potter books or whatever it is for your children's poor behavior. Machel Montano maynot be as raw but let us not pretend that whistling song was about Jesus. It is always a choice to listen or not to listen at the end of the day.

As a person of African descent, I cannot speak for the other races or cultures, nor do I speak for everyone, but I can speak for my experiences and a lot of our social gatherings even those involving children, are anything but child friendly.
We have cook outs, barbeques, children’s birthday parties and sometimes even baptisms that are really just excuses for adults to come together to have a good time where songs like “WAP” are frequently played in ear shot
of the children. But there are individuals who are going to be enraged by what I just revealed because they are very much guilty of engaging in the behaviour I just identified but they are more concerned that I shared such
information and protecting their reputations than actually changing their behaviour. Do I believe that there needs to be a serious discussion on what whether it be music, television shows, films children are exposed to? Absolutely.

But I never want to come at any topic from a place of hypocrisy nor be sanctimonious.
However, we seem to forget that sexuality is the cornerstone of our civilization. (How else do we continue our family name and legacies?) Is it time we stop being coy about sex because we either have people who are obsessed or afraid of their own sexuality. Start talking to your children about it, even better, sit and talk to yourself about it.

Sex is not taboo anymore!