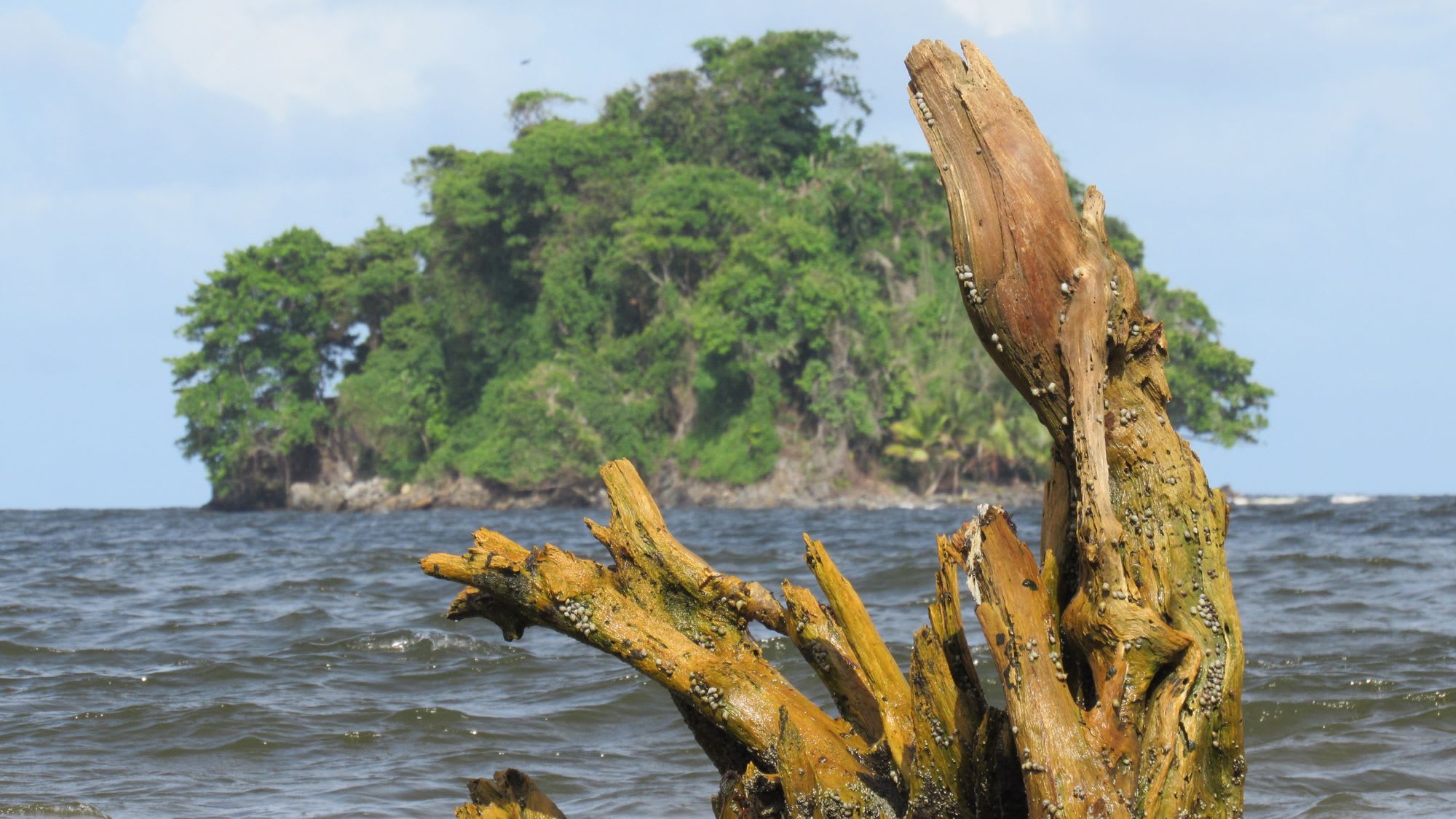 Here is a bold claim: "Salybia Beach is better than Maracas Beach".

If Maracas Beach and Salybia Beach were both comic book superheroes, Salybia would be the Black Panther and Maracas, the Thing.

I don't say that lightly, in my younger days, Maracas was the beach, the one and only beach. For a lot of people in Trinidad it still is, but it has not aged well. For years we have heard about projects to rehabilitate this popular beach but progress has been slow at best. Somehow Maracas just does not appeal like it used to. If you are well familiar with there you know what I'm talking about.

I had been to this beach a few times before in my younger days. Back then, you could have taken me to a pothole and I would have thought it was the greatest thing ever. Those teen years... strange and confusing.

All jokes aside, I barely recall what the beach looked liked in the 90s, except for the large river mouth that cuts through the shoreline to reach the sea. There was also a most likely man made island of rocks with a tree trunk sticking out a little distance from the shore.

I vaguely recall being afraid to go out so far, only to realize it was not that deep once someone carried me. It's all still there.

The river seems to change its course based on the tide and rainfall, so you could visit Salybia at the start of the year and probably come back in September to find the landscape changed. What I think makes the beach really worth the trip (aside from the country scenery) is the fact that you have options.

Not into that saltwater thing? Relax by the riverside. Want to hit the beach but you have river company in your party? Set them up by the river while you enjoy yourself in the sea. In one recent trip we made, the waves were calm and relaxing. The shining sun gave the water a golden tint that if use your imagination (or alcohol), could make you feel like you were relaxing in liquid gold.

The weather was dry and the tide was out, so you could walk across the river mouth barely getting your feet wet. I was able to easily walk past the bathing area, around a small forest to the mouth of a much smaller river.

I even got to take some amateur shots of an island just east of the beach.

I was told the locals called that part "Gordon Bay". Maybe they are into into Batman. Of course, as the day came to a close and the tide started coming in, that area becomes less accessible from the shoreline.

On a even more recent trip, the tide was in and the waves were choppy. Sargasso was also making its rounds rendering the idea of a sea bath while still enjoyable, a little less pleasant.

Thankfully the it was intact and relaxing in it's cool waters was just what the doctor prescribed. When the tide is high, water from the river can't get out as quickly, making a few relaxing areas where the warm salt water and cool river water mix.

Later, as the tide starts to go out, if you stay long enough, you can take advantage of the river water gushing over the sand like a spring as it starts to reclaim it's course.

Again, why do I think Salybia is more than Maracas?

If I had to summarize I'd probably say the atmosphere and surrounding environment feels a lot more natural and has a beauty to it mankind can't make. Maracas is also ridiculously popular and you probably won't see as much people at Salybia compared to there (though I'm told Salybia can get quite crowded).

That said, all that glimmers in hot Caribbean sunlight isn't gold. When visiting Salybia you can't help but notice all the garbage patrons leave behind in the area. You'll find plates, bottles, clothes and the occasional fishing nets.

The changing facilities there are also virtually non-existent. In keeping with the theme of "the East coast is abandoned", it seems like the relevant authorities either don't have the funds or interest to maintain them.

The lifeguards will politely tell you they are locked or not in operation if you ask.

Remember that forest I walked around? If you look you see signs of people recreating in it. There are also bits of food items left in the smaller river after religious rituals.

The drive to that part of the country is also a bag of mixed emotions.

If you are an nature lover, you will love the trees and view of the northern range. You'll also be horrified by the quarrying activity that has scared the landscape and  left the road looking like the site of a bombing run.

Still, Salybia beach has great potential to be a getaway destination for those who prefer rivers and trees to concrete and artificial pools.